In pessimistic moods, I tell myself that my quest for unravelling human sociality is pointless, because we’ll have destroyed our planet before getting a grip on ourselves. The perspective of my flat country becoming an underwater museum when the Antarctic ice gives way, or of a deadly successor pandemic to Covid that’s carried by birds, is not helping. Meanwhile we lose time bickering and considering our navels.

The Dawn of Everything

During Covid lockdown, I read a book that put me in a more hopeful mood. It’s called The Dawn of Everything: A New History of Humanity (2021), by anthropologist and enfant terrible David Graeber, and archaeologist David Wenslow. They worked at it for ten years; David Graeber suddenly died just before it was to appear. The two Davids were a wonderful team: Graeber with his trenchant vision, Wenslow with his vast archaeological experience.

I’d always been fascinated by prehistory and archaeology. For instance, on the windy islands of Orkney, I visited the village now called Skara Brae where the inhabitants created sewage systems around 3000BC, and a monumental stone circle from around 2500BC (see picture; it was called the “Ring of Brodgar” later by Vikings). They must have had summer festivals there. Not only that, but these people had friends overseas. Bones of over a hundred pigs were found in big heaps near Stonehenge, some of them identifiable as coming from Orkney. In all likelihood, they had been used for a summer feast uniting people from a wide area. 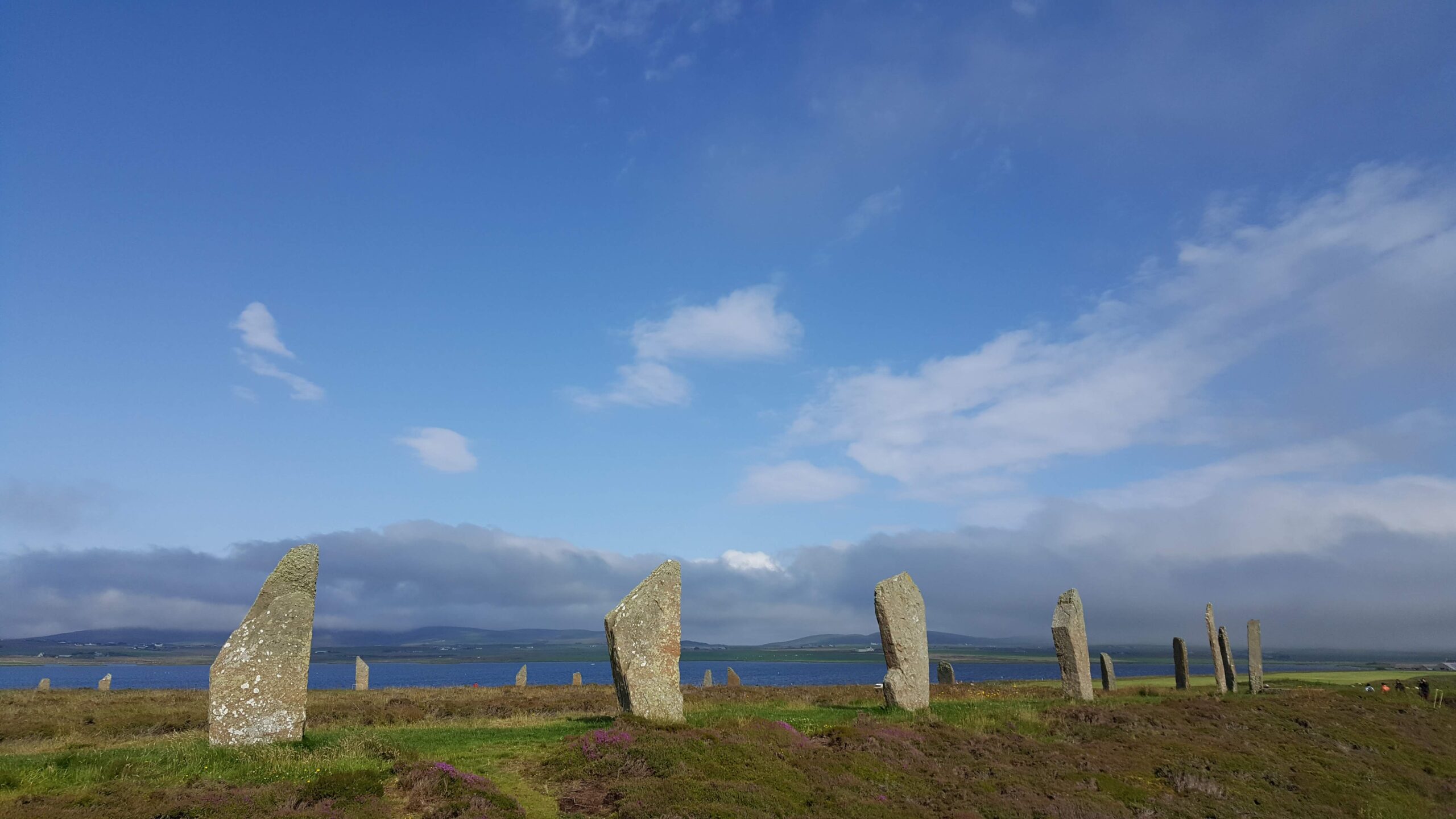 On the island Sardinia, I saw some of the collective signature buildings called Nuraghi, up to over 20 metres high, perhaps 10.000 of which were built in the period 1800-730 BC by the local people, using dry stone techniques. The architecture is local to the island. They may have been used to celebrate, as granaries, to demarcate villages, to observe the surroundings, and to take refuge. The Nuraghic people’s main purpose seems to have been minding their own business on the island, and avoiding being raided. The one on the picture (Nuraghe Santu Antine at Torralba) was actually first raided in the 19th century by neighbouring villages, for building material... 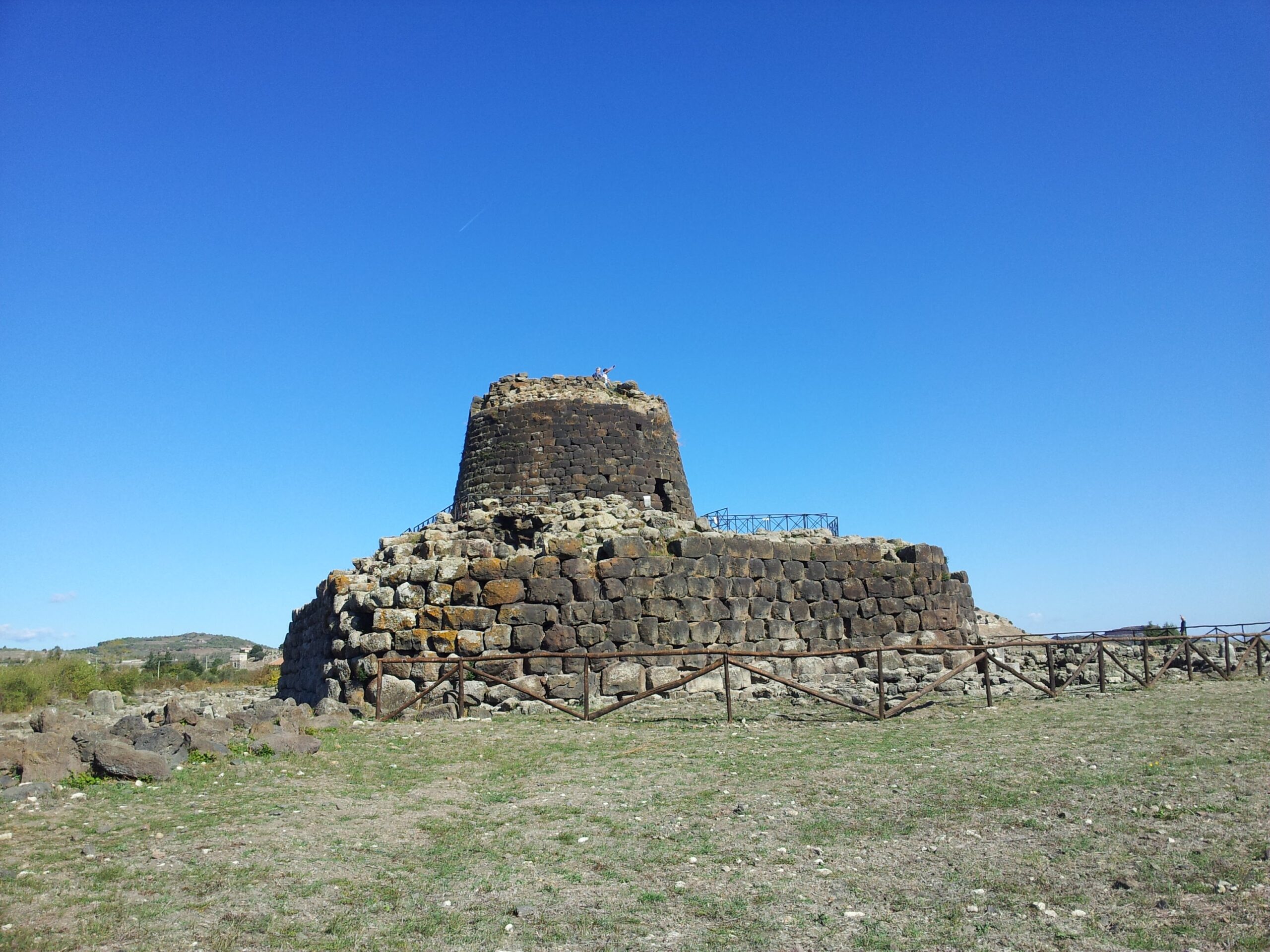 What I had not fully realized is just how creative our ancestors have been in shaping their communities and civilizations, time and again. Graeber and Wenslow give endless evidence from recent excavations. In North America (“Poverty Point”, Louisiana), there are huge monuments without any sign of kings dating 1600BC, apparently used for staging seasonal games. In Ukraine, there are big circular cities with only modest buildings that were inhabited from 4100-3300BC, so during 800 years, or 40 generations (e.g. Nebelivka). In China, there were large settlements along the Yellow River by 2500BC (e.g. Liangshenzhen). In Peru, big monuments were built 4000 years before the Inca Empire.

Nor were men necessarily dominating women. In Minoan Crete (1700-1450 BC), there were big palaces, but no evidence of kings. Women were obviously prominent in society, being often depicted on pottery as figures of power, larger than men. And I could go on – but why don’t you read the book for yourself?

Enlightenment came from the West

One of the things that most struck me is that the European “enlightenment” was actually prompted by indigenous North Americans (we tend to misname them “Indians”), who were brought to Europe by the French as visitors and proved appalled at the inequality in Europe, and the poverty in Paris. They had a right to speak if you asked me. After all, their ancestors had lived in North America for over 3000 years in civilizations that sometimes united in big gatherings, sometimes built cities, left them again when things turned sour (e.g. Cahokia), and kept the ecosystem in good order. Their voice influenced contemporary European thinkers like Montesquieu (“L’esprit des lois”, the spirit of the laws). Later European writers twisted the story around, casting the native Americans as “savages”, and their role got forgotten.

Why did this book make me so optimistic?

Well, it turns out that nothing is forever, but around the corner, there is always something new. Throughout history, around the world, people have been very often lived in one place for centuries, leaving little trace. Then, the climate would change, or there would be bloodshed and megalomania. This was often more visible in the archaeological record. After that, however, people often reversed their fate, ending periods of tyranny or slavery, empowering women – even after periods when these things had gone the other way.

Moving to a new country

Secondly, this often seems to have taken place in a spirit of playfulness. For millennia, in many places, there were large-scale societies but no oppression. There was agriculture but people avoided depending on it. We can still “move to a new country” (a phrase from the Osage of North America, denoting a constitutional change). Yes, we can.

A new piece to play for Homo ludens

What will anthropologists and archaeologists write about us, a millennium from now? I’m waiting for the movement away from ecological devastation, and from short-term power politics, to gain momentum. We’ll have to do this ourselves, starting wherever we can. Time to wake up to a new piece, Homo ludens.

David Graeber & David Wengrow (2021) The Dawn of Everything: A New History of Humanity. Farrar, Straus & Giroux.